Lineage: The Idea of the Ideal, Part IIa: A Digression into Etymology 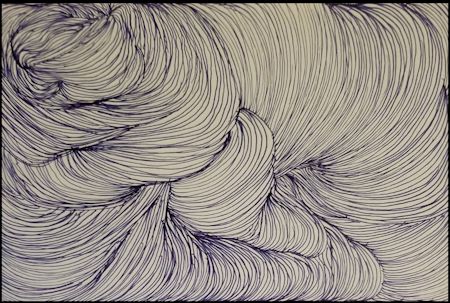 I am finding that in the process of  this deep exploration of my dream lineage [and other lineages], diversion keep diverting me. I am often diverted in my writing and thought process by other lines of inquiry that seem like just diversions or avoidances. Just recently, I am allowing, nay beginning to celebrate, my windy, non-linear ways not as diversions but as necessary.

These last weeks [and many years], I have been taken by the art of etymology both with words and also as the idea of etymology applies to dreaming. I am working on a book I am calling [for the moment] An Etymology of Dreaming and have even called my [sporadic] podcast the same name. So, follow me, if you will, in some exploration of etymology and, surprisingly, caves before we return to Jung.

Let’s start with an early dream of mine:

Dream: A woman walks with me to a cave which has carefully carved steps leading gently down. The cave mouth is wide and light streams into and down the stone steps. We walk down the steps, almost tripping over someone who is painting on a canvas on the steps. I see, in the distance, a bear chasing my mother and I holler, “Don’t worry, it’s not a scary bear!” We continue down the steps. At the bottom, where the light begins to become dimmer, are a series of cave “rooms”. In each of the rooms a robed person works by candlelight, painting detailed and beautiful things with wildly vivid colors.

What startled me in studying the study of, from the tradition of my ancestors [western tradition] was that earlier attempts of study made were made through categorization. Men working to create categories into which all things could be shuffled. They worked to organize things into categories, sorting this into that pile, that into another pile. They created, or tried to create, systems that made some kind of sense. I mean through the sense of the literal, the emotional and yes, the spiritual. A “noble” philosophical endeavor which is in every aspect of the tradition of the “west”.

I say men [I mean men in power] because I do not know what most women were doing, what men who were not men in power, what nonbinary people were doing, if they were even allowed to study the study of. [Mostly, I think, their voices were categorically stolen or silence. Women sorted into their own pile. People who did not look like the men in power sorted into others. Never the same, it must be noted, as the men doing the sorting.]

Many of these categorical explorations are still being used, tried and tested. While I do appreciate the attempts to make it work I actually more appreciate the high rate of failure encountered before they got too far.

To step deeply into the idea of solid or ideal categories, or really, to step just a few steps in, quickly reveals a basic absurdity of the attempt.

I do not mean categories of such things like separating animals into things that fly, things that swim, things that have four legs. Although, of course, it applies even here – a whale swims but is a mammal, a bat flies but is not a bird. I instead refer to the categories of philosophical exploration. What is possible to say about what is true.

The exercise can seem to begin with ease [things fly, swim or walk], with easy obviousness, but most inquiries and categorizations quickly dissolve into more questions. Often, what begins with clarity [seemingly] becomes, with just a little inquiry, more questions. [What to do with all the exceptions.]

It holds true with other things as well that are not as substantial. Mathematics, the way we are taught in our youth [first step in] also seems to have a firm root in absolutes – a way to find a correct answer, an equation to follow to its logical conclusion. But for those who play in the field of mathematics, this is as deceptive and destructive as the kind of philosophy that works to categorize anything.

In caving, cavers and scientists have sorted different parts of caves [it is, after all, what we do in all things] into three main categories – Entrance Zone, Twilight Zone and Dark Zone.

The Entrance Zone is characterized as most like the surrounding environment at the surface and entrance of the cave – there is light sufficient enough for plants to grow, the temperature just inside the cave changes as the weather outside changes. The first step in a cave is in logical [our logic] relationship to what is outside the cave. Step into the next zone, the Twilight Zone, and things begin to change. The light is dimmer, though still enough for the human eye to see, but the environment outside the cave does not have as much influence here. The plants, if any, are smaller, often moss-like or mushrooms. Most plants require sunlight, and the grow toward that light. The nature animals and insects, too, change. More things like bats [ah, there is an exception to our flying category], millipeds. It is cool in the Twilight Zone no matter how hot it may be outside.

Step into the next zone, the Dark Zone, and a whole new landscape opens. Or, shall I say, becomes possible because it is the zone where no light penetrates. Here the environment has adjusted to just itself. The amount of guano, the ways rain can wash plant material into the cave, if possible, the types of rock, the depth of the cave, the kinds [categories!] of caves all work to create a world unto itself that is vastly different than what is known at the Entrance.

When we begin the process of understanding or the process of inquiry, we stand at a kind of Entrance Zone. We are still in familiar territory, the light and air works as we know it, there are plants like where we have stood. Animals that are known to us may dwell or visit there, like bear or owl or salamanders. Begin with categorization [things that fly, walk, swim] and we stand at the Entrance Zone of inquiry. Safe, familiar, still known [and so therefore feeling obvious].

Take a few more steps, past the obvious. Things are a little more slippery here. A little less known, obvious, seeable. A place that leans away from the obvious and the easily known. Here, we are a little less sure, if we are new to the exploration of questions. A few more steps, and we reach the Dark Zone, the place where our eyes cannot penetrate the darkness and what lives there, in that darkness, has adapted to living without light.

It is exactly like any line of inquiry. We start at the Entrance, move to the Twilight Zone and end up in the Dark, where nothing is familiar and things often can only be categorized into a category unto themselves.

To enter into the etymology, or the history, of a word, is like entering a cave. The word itself is the Entrance Zone for it is the place that we are familiar. The word. A word. What we use every day. So many words flying around. So many cave entrances.

We begin with the known, then take one step in to where things begin to get slippery. Where did the word come from? Which language? Which languages? How did languages clash, collide, conflate, mix to create this one word in this one particular language?

It begins to be less a study of something simple. Slipping into the study of history, of human, of what it means to be human, of what humans have done and not done. How which languages have made it to here and how other languages have been folded into the languages that still survive. Folds in which are centuries of war, power, loss, genocide, migration, wild chance, the power of violence, the power of love and the draw of exploration.

How this is carried in every word. Of every language.

[I can take this to phrases that are common to a language – how like complex caves they are, how they join up with other caves, how a language itself can become a massive, hidden cave landscape of interlocking caves, enterable by many different Entrance Zones. But I digress.]

Step a little deeper into this science which now includes the study of history, of culture, of war, of literature, of story and mythology, of the human heart, of desire, of rage, of violene, of fear, of exploration, of insatiability, of love – and we are in the Dark Zone, where we can no longer see with our eyes. It is a landscape all its own.

Every word, in every language, carries all of this. Including the silences [silencing].

So it is with dreaming.

When we wake from a dream and let ourselves remember, we are brought to an Entrance Zone by the dream. Being at the Entrance, the familiar, our minds reach for the familiar to being to stitch a story around the dream to make it feel, well, more familiar. Or comfortable. [Yes, even the terrifying ones.]

When the dream offers itself to us as the Entrance Zone, as invitation, it is offered as a place to step toward, into. Like working with the etymology of a single word, a single dream invites us into layers of history, of the human heart, of loss, of trauma, of love, of exploration, of need. The difference is that the journey to the root of what is being offered by the dream is our own particular journey. The root of our own heart, our own essence. A narrative that leads us to here, where we are now and how we ended up in this moment, in this place, in this body which is also its own place.

Early in the process of opening my dreams, I dreamt of a cave, the colors, the bear, the descent.

I once had a teacher/poet look at my poems early in my process of being with poetry. They were short little things, lyrics on a page that offered little but more questions. She said this – “Take this poem and write each of its five lines on a page, but this time with 5-10 lines between them. Then,” she said, “in those blank lines, write everything you did not say.”

It is the same with dreams. It is what dreams invite us to do. Each moment is a moment to open, to see what is not being said or lived directly. Each switch or gap in a dream, a fold to unfold. The dream, the study of the dreaming, invites us to see all that is not seen. Invites us to be curious. Invites us into a line of inquiry which opens to mystery and more exploration. Where we are a place that is true only unto ourselves.

Our dreams invite us [like poetry, like story, like any study of] to step through what is known, familiar, into a Dark Zone [our Dark Zone] which is true only unto itself.

Break up what is said and felt and experience, divide to find what is true, actual real, to find what is being unsaid. It is an infinite process. Division and dreaming, in this way, become a process of creating space, a place uncategorizable.

Next up: Idea of the Ideal, Part IIb where we open up the cave dream a little more.