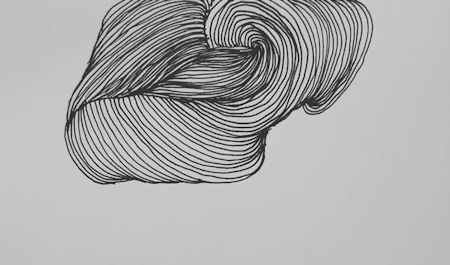 The Weave of Lineage

And, there are our chosen lineages.

When I was exploring graduate work around my love for poetry and writing, I started at the Breadloaf School of English Master Program of Middlebury College. I chose it because I wanted a rigorous program, I wanted to study poetry at a deeper level. When I arrived for my first summer (it is a program designed for teachers, so the semesters happen as long glorious summer intensives), I gleefully signed up for two intensive seminars – one on Chaucer and one on Milton.

In the Milton seminar, my professor, a white man from the UK who is a Milton expert, asked each of us why we were there. I was the only non-teacher at the table. Later, he asked me what I was doing there and I responded, “Well, there is a conversation of poets that has been going on for a long time. If I am a poet, I want to be a little more in the conversation. Find my place at the table.” He laughed, quite happy with my answer, then proceeded to make me write poetic responses to Milton as part of my research papers.

I was very sincere then. I did want to enter the conversation, I did want to know at least a little of what was being said when I read Shakespeare, Milton, Dante, Blake, Dickinson, Whitman, Wordsworth, Keats. I wanted to know the current conversation, too, which I did not know much about then. I thought I needed the old conversation before I could explore the current one.

I have had the same impulse when it comes to entering the conversation around dreaming.

One of my dreamwork teachers taught from deep within the conversation with Freud and Jung, as many people do who work with dreams in Western thought. In that kind of “thinking.” So, when I began my in-depth training around dreams, it began rooted in that conversation. The conversation and argument between Freud and Jung and all that has branched from it.

I took this conversation into my body in the same way I took in the conversation of poets. Without questioning who was allowed in the room, allowed at the table, for those conversations.

Lineage. Not only do we, as individuals, have many lineages that work a weave in our bodies, hearts and souls, but so does the place we live. For me, here in the U.S., the cultivation of the narrative of all these lineages has been careful to exclude our deepest roots, especially the roots of slavery and all that it has wrought and is still twisting.

Because my daughter is a dancer (she just finished her freshman year of college), I follow many different dancers, companies and form of the dance world including ballet, hip hop, modern, tap. In the last weeks and months, I have been witnessing a reckoning around the deep racism in the dance world. From makers of dance equipment – more companies than one who make pointe shoes are beginning to make shoes in different skin tones besides pink – to ballet dancers who are people of color sharing their stories and calling to their companies and the field to bring change.

There is even movement in the conversation about what is the “foundation” of dance. For example, the history of dance is that to be a “real” or “serious” dancer, one must start with ballet as the foundation. Ballet, which is historically a racist institution that has been so difficult for BIPOC dancers to break into. The idea that it is the foundation of all dance leaves out a myriad of dance forms that are wildly different in their requirements of the body, in their formality and in structure. The idea that ballet is the highest form of dance assumes that all other forms are lower forms such as modern, hip hop, tap, etc.

It has been inspiring and a call to action. I am supporting my daughter to work in her own dance department to bring change, which she is doing.

It has also called me out and  feel inspired me to explore/expose/challenge my own creative lineage.

The Lineage of “Western Culture” Dreaming – Freud and Jung

So, I begin my exploration of the lineage of dreaming with the lens of who has been allowed at the table, who has been excluded – and who the conversations have been and are really about.

I have been working with dreams for 22 years and working with dreams and others for 19. My biggest training came from a teacher steeped in the traditions, in part, of Sigmund Freud, Carl Jung, and Fritz Perl, which, of course, makes them all part of my chosen lineage.

When Freud published his book The Interpretation of Dreams (1899) which posited the theories of repressed desires and analysis through symbolism; when he created his psychoanalytical theory of the three parts of the “mind” of ego, id, superego (The Ego and The Id, published 1923); when Jung created his theories in his many books, including Psychology of the Unconscious (1912) and Modern Man in Search of a Soul (1933) – the process of chipping away power held by white men had not really begun. For example, Marie-Louise Von Franz, one of Jung’s clients who became a student who became a colleague/teacher/collaborator with Jung, did not have the right to vote for most of her life – which she speaks about in her writings. Women, to continue this particular line, were not considered equal to men, could not hold property in many countries. Freud and Jung both, in their writings, speak about the “weakness” of women in relationship to men.

Freud and Jung and many men and women at the beginning of the dreaming/analysis movement of Western culture, were very much engaged in comparing themselves to the “other.”

In my years as a dream practitioner, I have taken the sexism/misogyny of the “founders” of this particular kind of dream practice as a given. I have also taken their racism as a given, too. I have not, however, taken the time to do a dive into the “how” that racism informed what is considered canonic in my field, i.e. into how Jung’s racism informed the cornerstones of his systems.

As a white woman, part of my privilege has been about not doing the research, not asking the questions beyond the initial assumptions. Hmmm. Not privilege – that is utterly passive. Let me rephrase – it is part of my complicity in this structure that I live in that is rooted in racism and violence (physical, mental, spiritual, intellectually). When I do not look, I am part of the continued building and upholding of it.

Start at a Start

I am not a historical scholar. I am not a Jungian scholar. Just to be clear.

I do, however, consider myself a seeker with great curiosity. Which is why the invitations embedded in every dream and in every poem I write or every poem I read that moves me have, well, so moved me.

Also, to be clear – I am diving into this exploration to listen, to bring my questions, to probe. I know I am a product of an education that is organized around curating both a mythology of the country I live in and also where all the components of the country come from.

So, because the basic precepts of Jung are embedding in how I learned about dreaming, I turn first to him. In my turning, it is clear that I also need to turn to all kinds of scholars.

In the last few weeks, this first of my focused exploration, it has been daunting to step into this – the sheer amount of scholarship, the amount of historical research, the amount of wading through scholarly arguments (so many arguments), the scholarly books of race and history, the journals and conversations about philosophy.

It has been daunting about where to start, what to explore first. Where to begin.

Here is where I have begun: I am reading Dr. Ibram X. Kendi – starting with Stamped from the Beginning: The Definitive History of Racism Ideas in America to understand the threads of thought – philosophical, political, religious and economical – that created racism and its violence we live today.

I am also delving into papers and articles available online and revisiting Jung’s own writings to start to unfold for myself Jung and how racism is and always has been embedded in his theories.

Here is the how of my methodology – starting with Jung, I going to exploring his roots around key aspects, ideas and theories that are still widely worked with today, starting with: