Wishing to Be Blinded 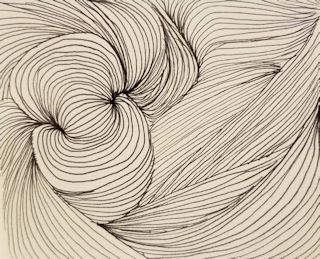 I am a U2 fan. It is true. Those who know me, know this is true. Maybe even annoyingly. Members of the band have even appeared in my dreams as archetypal figures, teaching me what it means to speak, to sing, to leap into living life from a place of passion because it is what I perceive that they do.

When they released their latest album – Songs of Innocence, a play on William Blake’s amazing Songs of Innocence and Experience poems – I was excited to hear it, as I always am. I even loved that they gave it away for free, although I know that there is much controversy around it.

What has been staying with me for these last weeks has not been the controversy, but the songs themselves. I have several favorites, but the one that will not leave me at this moment, is the first song – “The Miracle (of Joey Ramone)”. It is a song of the “pilgrimage” that the band took to see the Ramone’s in New York City when they were young, sneaking into the show.

There is a line that slays every time I hear it – “I was young, not dumb, just wishing to be blinded….”

I love this because I remember how I, too, wanted to be, was hungry to be, blinded in this way when I was young. I did see the Ramone’s in college and was blown away, but they were not to me what they were to Bono, The Edge, Clayton and Mullen. I wanted to be blinded too, but where I was blinded was by the writers. The writers that were the song I heard above all the noise in the world and, truthfully, in my own head.

The first writer I ever saw that I sought out on my own was Isabel Allende. I had moved from my hometown of Cincinnati to Washington DC and Allende was reading at a bookstore just down the street from the coffee shop/deli where I worked.

I had discovered Allende, especially The House of Spirits, when I had decided to do a year of reading only woman writers, which turned into two years because there was so much more that I realized. I graduated with an undergraduate degree in English, but it was a typical experience of that time – geared toward many “dead white men”. In the two years after I graduated I stumbled into women writers I had never heard of – from Alice Walker to Allende to many others.

I loved Allende’s writing, thrilled at her use of language and imagery. The daring in her scope. I could hardly believe that she was going to be in person, at a bookstore. This was years before I knew much about attending readings, about what it would be like to be in the presence of a writer who had made the leap of getting her stories/poems out of her body and not only onto the page but into the world.

I thought, how can a bookstore handle the enormous crowd that was going to show up? How could that be? I went to the bookstore a full hour before the reading, thinking that I would be waiting in line for a place inside. I was shocked that the bookstore was itself, when I arrived. People browsing, no lines. The clerks were setting up chairs for the reading, but that was the only difference. I sat at a chair in the back and waited.

When Allende showed up, the room had filled, but the crowd was subdued. I, however, could barely breathe. When she brushed past me, laying her hand on my shoulder as she passed and smiling at me, my whole body shivered. I spend that reading quietly weeping in the back.

I was blinded, just as Bono sings. I was blinded and made new at that reading, for it opened up in me a possibility of something outside of my experience.

It had never occurred to me, until that moment when Allende, with all of her 5’2” height, walked in and changed my world, that a famous writer was so human. Here was a woman who was a writer. Speaking in a voice that was completely and purely her own. She read a little, then spoke and answered questions. She was funny, sarcastic and she worked against the whole idea of a writer being up on a pedestal. Someone asked her, in a hushed voice, about how to write. She said, “You write. That’s all. You ask yourself questions and you write.”

Just wishing to be blinded….

It is many years later, and I am still working that edge of finding voice and what that means. I have since been to many, many readings, met many writers and poets, famous and otherwise. Done my own readings.

What strikes me so about U2’s song is that line that still resonates so much in me – I am still wanting to be blinded. Blinded by things that open in me. I am not that 20 something I was when I saw Allende in DC. I am 50 something now and I have walked an incredible journey that is still unfolding with each step.

As an Embodied Dreamwork practitioner, I find that this light that blinds and opens comes in my dreams – still after all these years of working with my dreams and working with others and their dreams.

As a woman returning to my own writing, I am also learning something anew. That there are moments still when I am thrilled at other’s writings, poems, songs. When, as Dickinson says, “If I feel physically as if the top of my head were taken off, I know that is poetry.”

And, that the place where I am blinded now, is more personal. By facing into the promises and challenges offered by my dreams. How the archetypes blind me, surprise me, thrill me with dreams of facing into my own darkness, into my trauma work and even more frightening perhaps, facing into my own light and into the love.

More, too. That I am blinded by what comes out of me when I face the blank page. When I face into the light, the volcano, the heat, the passion that burns out of me. I realize that the voice I was aching to be near, is my own.

Who and what has “blinded” you?